First of all, we would like to say thank you for the patience of the customers who kept waiting in front of the computer to buy SDBB Master for a long time. On the other hand, we feel sorry for the customer who really wanted the puzzle, yet couldn't buy the puzzle even though they spent a lot of time sitting at the computer.

We started selling SDBB Master puzzle on 4th October and our web server crashed because of too much access to the web site. We have experienced a similar issue when we released Coin Case, so after that our web server was updated twice, and optimizations were given to the web server.

The number of accesses to the web server at the time of release of SDBB Master was about a fifth the time as the release date of Coin Case. I tried to release the puzzle at 07:00 in the morning at our local time but it was impossible because the admin page was also not responding. I somehow tried to divert and ease the access but there was not much success. The situation became even worse after someone in the Discord group encouraged its forum members to attack my web site by refreshing pages on the browser. I needed to temporarily deny top ten visitors who kept reloading on my web shop to ease server load. Unless otherwise, the server issue continued and the majority of sold puzzles must have been taken by people who live in the US and Canada because it was past midnight in most parts of Europe. 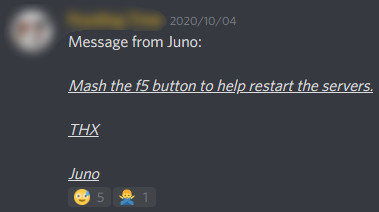 Although we had about 90 puzzles to sell, about 150 visitors attempted to put the puzzle in their carts. A significant portion of those puzzles in their carts was automatically erased and their orders were cancelled. Several people placed their order twice, so we manually cancelled each one of those orders and made refunds. The cancellation cost us roughly $300 since PayPal no longer makes a refund for the transaction fee. 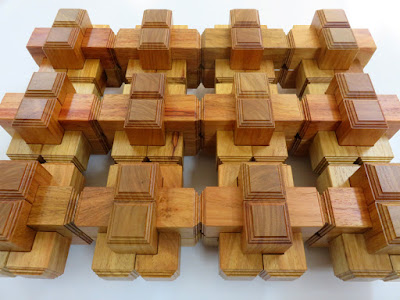 It is now clear that if the web site is hosted on my own dedicated servers, it cannot withstand a surge of access unless I pay ten times more for server resources and this option just decreases the profit of my business since the quantity of products is very limited. Should I pay another hundreds of dollars per month to sell a mere several hundred puzzle products in a year? Should I put all of my puzzle products on eBay or Amazon, provide a less flexible service, and charge more money for the products to cover the increased costs?

Some practical advice was given by my friend, Eric at Cubicdissection.com. With some statistical data, he suggested me to migrate my shop to Shopify. At first, I was a bit reluctant to take the option because it felt like just changing a hosting company. After knowing that the service is cloud based and I will have no concern about server resources on Shopify services, I thought it was a necessary choice to be taken to avoid further server issues in the future. The major migration work took roughly five days for me but there was trouble integrating with PayPal payment services. I needed to patiently wait until the PayPal internal development team fixed the issue. There were also lots of cons to Shopify services compared to WordPress + WooCommerce ones. Although I was told that Shopify was out of box service, it lacks lots of basic functions and the apps did not often cover the required functions. I needed to add original codes to block particular people who are blacklisted placing an order. I also didn't like the contact forms available on Shopify, so I stuck to the old one that we have been using since the beginning of the web site.

The running cost of the web shop was increased because Shopify charges a fee for each transaction. We used to cover the currency exchange costs when an order was placed using major currencies, except the Australian dollar. It had to be given up to cover the increased running costs, and from the customers' view, it turned out to be identical to a roughly 3.5% increase of the retail price.

Releasing new puzzles used to be fun for my wife and I but it no longer applies to us. Now, many people buy puzzles considering the resale value. Some of them put the purchased puzzles on auction sites immediately after the release date and gain more profit than we get from a product. And then, I receive emails from my old friends who I have known for decades, telling that they failed to purchase our puzzle products. I have been thinking to somehow prioritize those old friends when we release new puzzles that attract many people and cause a grabbing competition.

Some tell me to increase the quantity of puzzle products but where is the fun for me in that option? I want to enjoy making puzzles as a part of my lifetime hobby but I don't want to repeat the same thing again and again. There are already too many repetitive works even if we always produce new products. Furthermore, to make productivity efficiently, there is often a reasonable number of product for one batch. I prepared tons of PNG Rosewood to produce an SDBB Master and the starting volume was enough for 200 puzzles. The number reduced to around 120 while making square profile stocks just because many of them were not big enough for the huge burr puzzle pieces. If all the 200 remained, my small workshop would be full of timber stocks and there would not be much space left to hold them during the production process. It must be made impossible to produce other puzzles in tandem to reduce the retail price.

If I have to release another hundred of Slammed Car or SDBB Master, the majority of time that I spent in my workshop will be used up for those puzzles and the kinds of puzzles I can release in a year will be very limited. I don't mind if someone produces those puzzles by reverse engineering the product as long as a decent royalty is paid. It must be a lot easier than making them from scratch even without computer data since you can access a sample product. I will give great admiration if someone can produce and sell Slammed Car cheaper than us.

I myself think that the puzzle like Mirii 4x3 is more superior to Slammed Car because of its fundamental configuration and geometrical inevitability. Unfortunately, my tastes seem to be different to most puzzle enthusiasts so if I too enjoy making what I like, it might be difficult for my wife and I to support ourselves. Puzzle boxes and sequential discovery puzzles should be made to keep our business going so I at least challenge making new products to keep my motivation in the workshop. Of course, more interlocking burr puzzles, put-together, and take apart type puzzles will be made.

I went to the local GP yesterday and was told that I shouldn't work too much to ease pain and inflammation in my right shoulder. My spine is slightly bent and inter-vertebral discs are worn out. It causes pain in my back and has prevented me from sleeping face up for more than a year. I'm happy if I can keep producing on average 12 new puzzles in a year until I can no longer work, maintaining my decaying body. 2020 must have been a tough year for many of us and if our puzzles have made you enjoy and laugh, I also feel happy and relieved.