Our 23rd puzzle auction event has ended on 15th May. We put 10 Pine versions of Mittan puzzles up for auction this time and the total sales amount reached stunning AUD $10,352! Thank you for your bids. Here the captured image of the auction results. 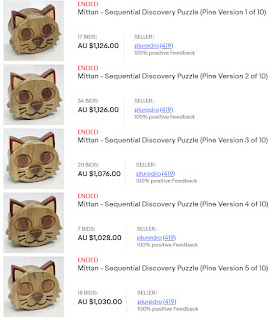 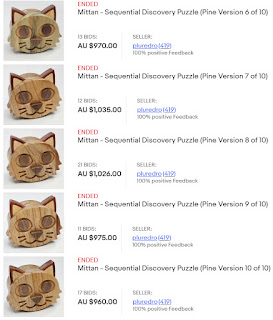 There were lots more cats waiting for their permanent family at the animal shelter compared to the beginning of the pandemic. 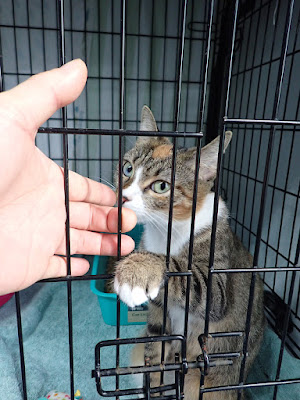 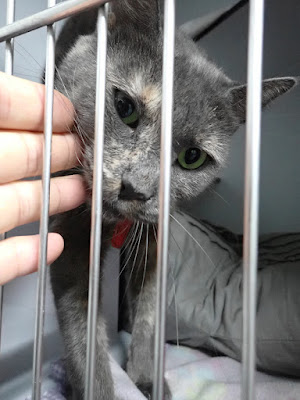 We played with them, donated the money raised at the auction, and went home. Here is the receipt of the donation. 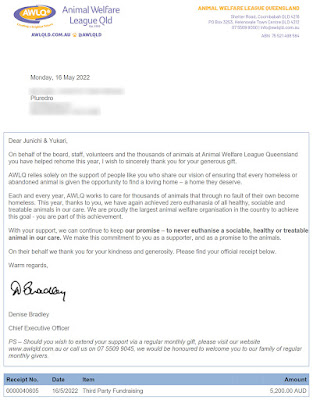 Product versions of Mittan puzzle will be available very soon. The auction results and the interest we have received indicate that the puzzles may sell out quickly. Please refer to the store's top page for tips on how to speed up the purchase process so that you can get your favorite color of Mittan puzzle on the day of release.

Juno and I know many people love sequential discovery puzzles (from now on, this is called "SD puzzle"). We have been working hard on our new SD puzzle, yet it has been a long time to accomplish it. Now, we finally finished making our new SD puzzle: Mittan. 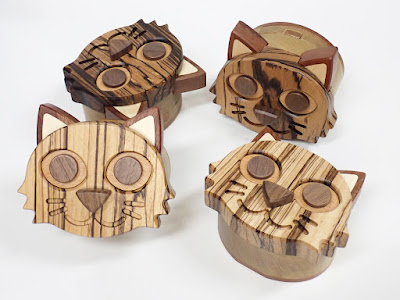 We are going to release Mittan on our Pluredro Shop on Sunday 22nd May 06:00 (A.M.) Brisbane time. Please visit the next "Upcoming puzzles" page for information about our new puzzle. The puzzle information on this page will be available until shortly before the puzzles are released.

You may wonder what Mittan is. Mittan is our beloved ginger cat that was brought from Japan. Her paws looked like mittens, and her foster mother named her Mittan that sounds almost like a Japanese-speaking English mittens. People who know about cats well tend to assume Mittan is a male cat, but Mittan is female. Male ginger cats are more common than female cats; roughly three males to one female ginger cat. She was a stray cat in Fuji city, where there is a famous mountain, Mt. Fuji. A friend of mine rescued her, and after that, we adopted her in 2009. We had some difficulties bringing her and other cats from Japan to Australia. She had to stay in quarantine for one month. Here are some pictures of Mittan. 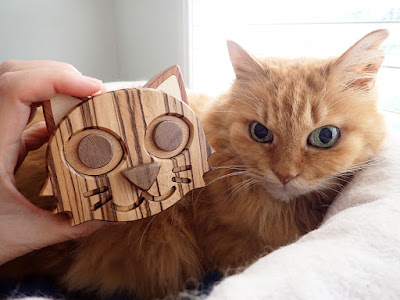 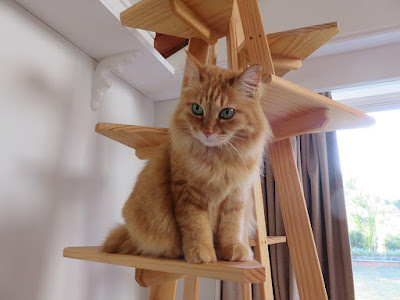 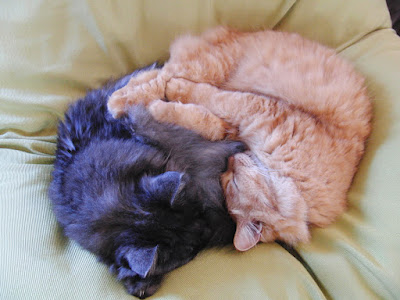 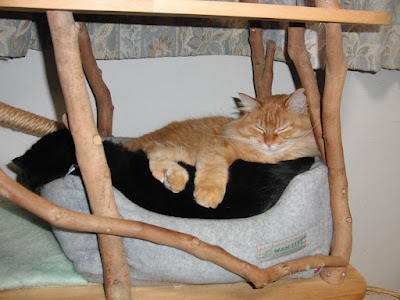 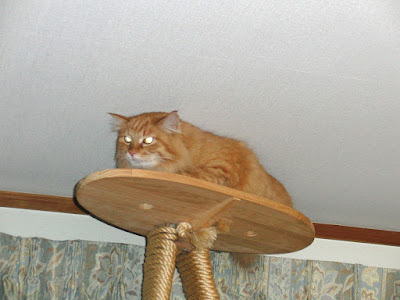 We thought that we had produced many geometric designs of SD puzzles, and it is probably a good opportunity to make something of a concrete design. That is why Juno had decided to make a cat puzzle. Juno tried to imitate Mittan's face as much as possible. I believe the puzzle looks like Mittan; well, what do you think? The face of Mittan puzzle is made with Zebrano. I think Zebrano is a very suitable material for describing a pattern of a ginger cat. (or should we have made a zebra instead?)

Mittan loves to eat fish. So, the final cavity contains a small figure of Taiyaki. Taiyaki is a Japanese traditional fish-shaped cake filled with azuki sweet red bean paste.
We have put ten Pine versions of Mittan puzzle, on the eBay auction. A half of the sales of the puzzle will be donated to the AWLQ (Animal Welfare League Queensland) to save stray and surrendered pets, especially our fluffy friends. 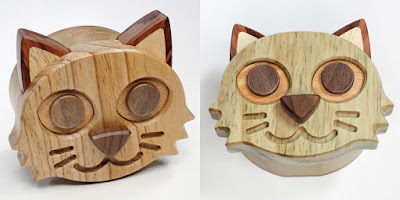 Juno, Mittan and I hope you will enjoy the puzzle!
Yukari
Posted by pluredro.com at 6:21 AM

The puzzle, Bubble Universe, has started selling today. This is a puzzle to pack all the pieces into a tray. The tray has two concave sides, one circular and one square. 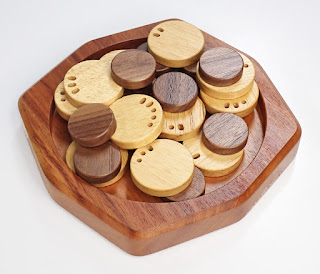 I have played with both sides, and I would say either side was difficult for me. The pieces seemed to fit into the tray, but they did not. In the end, I wondered if there was an answer. Believe it or not, there is. I do not know how many solutions there are. Maybe, you will find them. 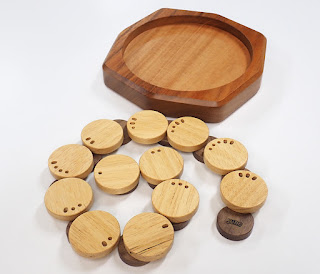