We have released 140 Sequential Discovery Cubed Box puzzles on 18th July and the puzzle was sold out in a very short time. The image below is the screenshot of the admin page on our shop that is captured about 2 minutes after the release of the puzzle. 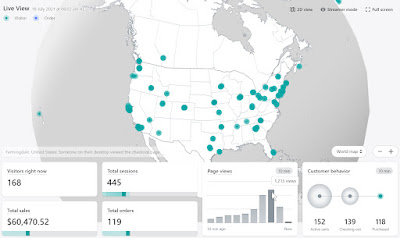 As you can see, 118 customers have already finished purchasing. 139 visitors are about to check out and 152 visitors put puzzle(s) in their cart. Many of them must have experienced that the puzzle they put in their cart disappeared because only person who finished the entire transaction process before stock ran out can purchase products. Maximum page views reached 1,215 and it was our site record.

The following table shows how many customers completed their orders using what payment methods every minute after the release. 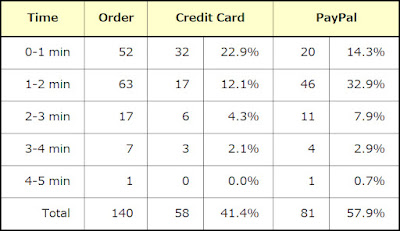 Overall, PayPal was the preferred payment method, but those who used credit cards were able to complete their transactions more quickly. Of the ten fastest customers, all but one used a credit card. If the 140 puzzles had been released in two batches, one for 70 puzzles and one for 70 puzzles, those who could not complete the purchase procedure within two minutes might not have had a chance at all. I assume completing the purchase process in less than a minute requires a certain amount of IT skills and knowledge. Many of our fastest customers may have logged into our web shop beforehand and had their customers' details and payment details saved in their browser. Some of them may be using browser automation tools to reduce the time needed to make a purchase.
The following table shows the addresses of our customers, sorted by country. 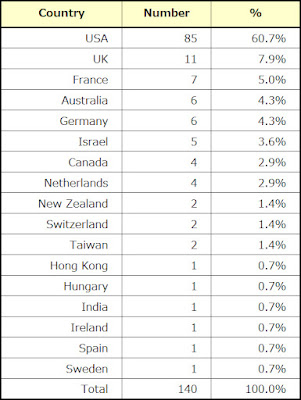 Amazingly, more than 60% of the puzzles were purchased by customers who live in the United States. We once experimented a later release time in our time zone, but the portion of the US customers was rather increased at the time. Maybe we just have more customers in the US.
Among 140, 39 customers are new to our website, and we think that it is quite a large portion considering the high retail price of the puzzle.
We have cancelled a few orders because of the following reasons:
We believe that it is not reasonable to sell more than one puzzle to people in the same household, as many visitors will miss out on the chance to buy, so we will stick to this policy whenever we release a puzzle that might attract strong attention. All cancelled puzzles were already allocated to customers who missed their chance.
As we have mentioned on our newsletter before, two second grade Sequential Discovery Cubed Box puzzles were put up on auction. A half of the sales of the auction puzzles will be donated to a volunteer organization that is relatively close to our location to help people who are in need. Bidding on the auctions by the customers who already purchased the regular version of the puzzle is also welcome since our intention this time is to raise some money for charity.
Juno
Posted by pluredro.com at 2:59 PM

How to release new puzzles

On my last blog entry, I wrote about predatory resellers and after that, we received lots of opinions and suggestions about the matter. Thank you for your ideas, thoughts and consideration.

Almost all the puzzlers who sent us do not welcome predatory resellers and flippers. Only a few people told us that resellers can increase their chance to acquire rare puzzles. Though they are also not happy to pay for a puzzle two or three times more than the original price. People who can pay two or three times more for a puzzle is limited as well.

Now, I have been thinking of releasing the next SD puzzles in the following way. For example, let's say I have 150 puzzle products to sell at the regular price of $500.

Maybe, we could put one of the last five puzzles up for auction when we notice someone is trying to sell the same puzzle on an auction. Thus, the winning bid will be decreased, the auction winners will pay less and the flipper gains less.

We can also contact a person who is willing to pay an extra 50% for a puzzle. If the person who doesn't mind paying two or three times more than the regular price at an auction, an extra 50% is a bargain. The person who accepts our offer doesn't have to join an auction and it might help to reduce the winning bids on future auctions. I can also choose who should get one of the last five puzzles. We often find that the released puzzles at popular web shops are sold out within minutes and people who don't have good reflexes or IT skill may lose the chance all the time. Giving an opportunity to those people wouldn't be unfair.

To hold a competing auction to discourage the resellers, the best way will be to set up an auction by ourselves adding an app to our server. It will cost an additional USD $360 annually, but the cost will be covered by extra income. Or use eBay auction like we occasionally do. Although we will lose an extra 10% as the eBay fee, it will be covered as well.

We, again, appreciate your thoughts about the above plan. If the idea is supported by the majority of our customers, I will take this option. If not, we will release the next puzzle splitting the total amount into two batches.

I should mention about the ideas that were sent from several customers. Putting serial numbers may discourage the intention to resell the puzzle. It also helps to track who is selling the puzzle but I will make lots of mistakes by doing so. Why I made the branding iron is I don't have confidence with hand writing. I might spell Juno as Jumo. There is a good chances I would write the same serial number twice. Adding non essential information to the puzzle is also not to my taste.

I totally agree that determining the predatory reseller is difficult and misjudging can cause a problem. I still think that a sort of three strike rule is plausible. If three or more people tell us and pinpoint who is the predatory reseller, the reseller might be eliminated from purchasing our puzzle products. 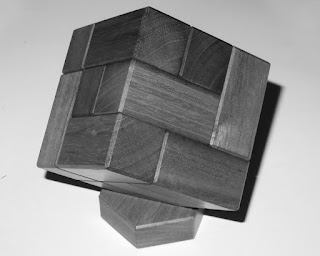 At last, there is good chance that we can release the next SD puzzle this July. It was a long journey and a bit more to go.